Toronto is situated on a broad sloping plateau intersected by an extensive network of deep ravines, rivers and urban forest which is Located in Southern Ontario on the northwestern shore of Lake Ontario. The majority of Torontonians speak English as their primary language, in addition, there are over 160 different languages spoken in the city. The climate in the city of Toronto is humid with warm, humid summers and cold winters. The city experiences four distinct seasons, with substantial variance in length.

Toronto is a prominent center for theatre, music, motion picture production, and television production, and is home to the headquarters of Canada's major national broadcast networks and media outlets. Its varied cultural institutions, which include numerous galleries and museums, public events and festivals, national historic sites, entertainment districts, and sports activities, attract over 25 million tourists each year. Toronto is recognized for its many high-rise buildings and skyscrapers, particularly the tallest free-standing structure in the Western Hemisphere, the CN Tower. Toronto is the commercial capital of Canada; the city has headquarters of five largest banks of Canada, the Toronto Stock Exchange, and the headquarters of many large Canadian and multinational corporations. Toronto has a diverse economy with strengths in financial services, technology, design, education, life sciences, arts, fashion, business services, environmental innovation, business services, food services, and tourism.

Toronto­ is the leading tourism destination in Canada, attracting­ more than 25 million Canadian, American and international visitors annually. The Royal Ontario Museum (ROM) is famous for being the museum of natural history and world culture. The Toronto Zoo is home to over 5,000 animals representing over 460 distinct species. Ontario has a large collection of European, Canadian, African and contemporary artwork in its Art Gallery, and plays host to exhibits from galleries and museums all over the world. The city also hosts the Bata Shoe Museum, Ontario Science Centre, and Textile Museum of Canada. City shopping areas include the Queen West, Harbour front, Yorkville neighborhood, the Financial District, the Entertainment District, and the St. Lawrence Market neighborhood. One of the Toronto's most popular tourist attraction spot is "The Eaton Centre" which attracts over 52 million visitors annually. 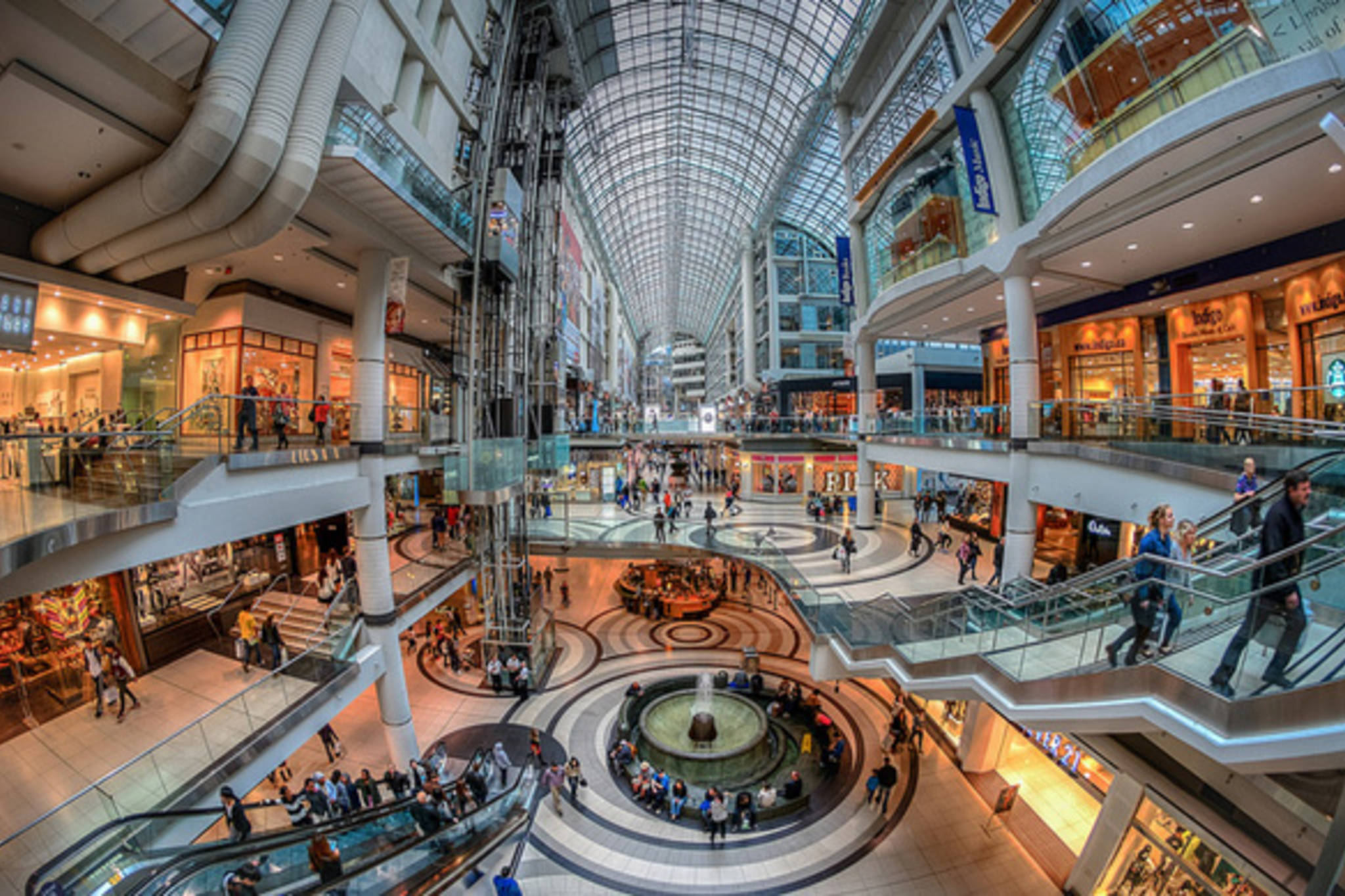